Driftmoon From a New Angle

We've just released Driftmoon beta version 0.996! This is the first version featuring our new, tilted viewing angle that we mentioned earlier. It's available right here. If you haven't had a chance to try Driftmoon yet, or have patiently been waiting for us to add the angled camera feature, then now is the best time to start playing! And before you ask, yes, the full adventure is all there now, from start to finish.

I have to say that we've both been surprised by how noticeably our recent work has upgraded the graphics of Driftmoon. More importantly, it has brought the characters of the world more alive, so it has clearly been working toward our goals as developers. 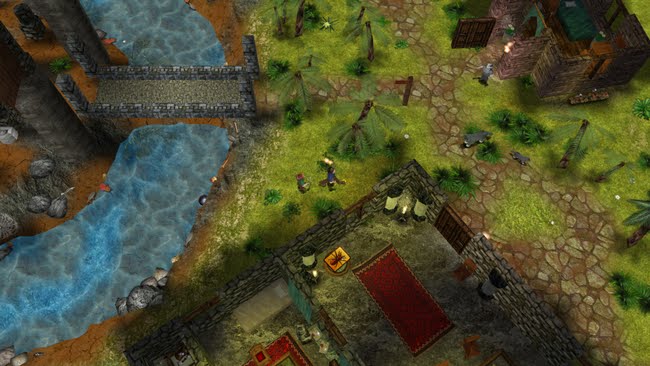 Someone save Granny Newmoon!

An important notice to all who wish to continue from their existing saved games, and try the new angled camera. We have had to considerably upgrade some of the areas in the game to make them work better in the angled view, but those upgrades don't reach any areas that have already been opened in your saved game. That is, if you've been to an area already, you will see some small graphical errors, but they should not affect gameplay. As usual, we recommend starting from the beginning, but the game should be playable if you continue with your save.

As always, we'd be very happy to hear what you think of the new version! You can comment here, or at our forum - but the easiest way is probably still through our in-game feedback-function (press the letter "F" while playing). We're especially interested in any graphical bugs and glitches that our new visuals may have produced, but all other feedback is welcome as well.

As mentioned in an earlier post, it is possible to adjust the viewing angle while playing, by using Page Up and Page Down, so anyone wishing to stick to the traditional top-down perspective, will be able to do so very easily. 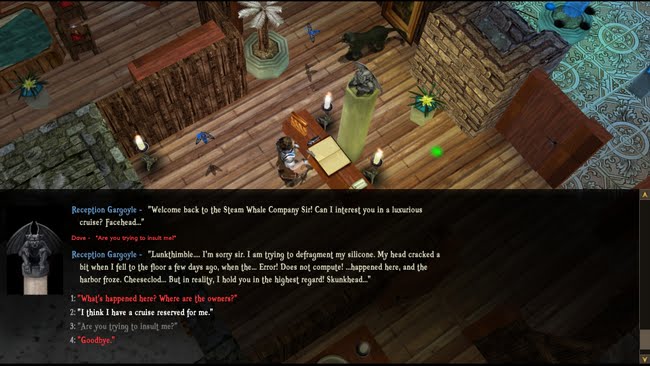 That Gargoyle still hasn't gotten through his defragmentation process. 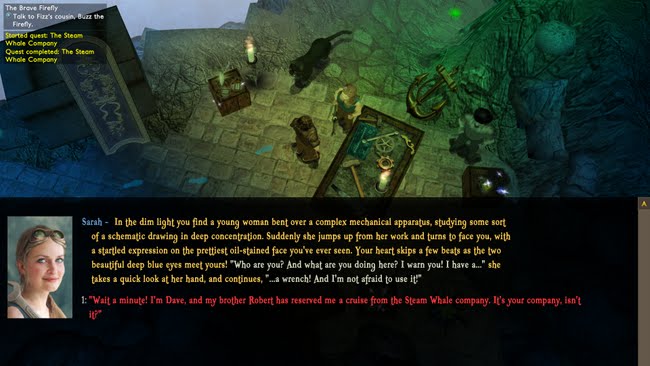 A closer look at Sarah. 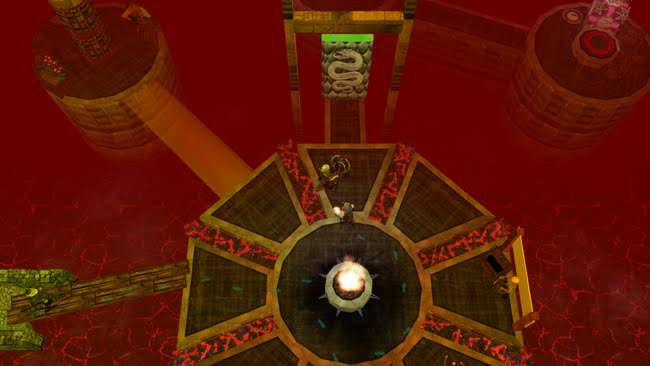 The Heart of the Fortress

Ps. Our never-expiring Driftmoon discount codes will be available through the demo up until the end of February 2013. Be sure to grab yours before that.