We've had the privilege to start working with Johanna Sundström, a graphic design student, doing her internship at Instant Kingdom, slaving over the dialogue portraits for Driftmoon characters.

Fortunately Johanna is very motivated, because she has an arduous task in front of her! I counted that Driftmoon will have over 80 characters who can talk with you, so I expect this will be a real crash course in portrait-drawing. Obviously not every character will receive his/her/its own portrait, but even so she will have to work in a very limited time frame with a very difficult boss. 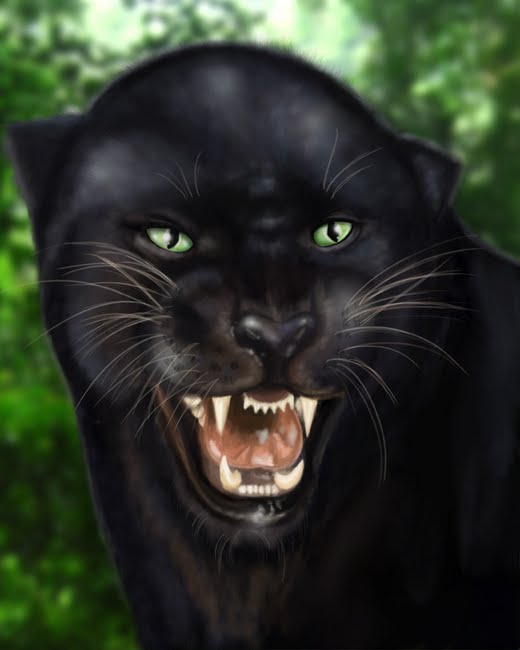 And how is it working out for us, having our own part-time graphic designer? Well, as it happens, Johanna has been just awesome! She's talented, motivated, smart, and hard working, and she's a very pleasant person to work with! Actually, she's been working so hard, that we've felt the need to remind her at times not to work TOO hard! She's been good at taking in critique and adjusting the art work to match our wishes, and we've been very happy with the outcomes. Johanna's proven to have a knack at thinking up the right questions to ask us, and we've also had to learn to improve our own work in defining our characters.

So Johanna, tell us a bit about yourself!

My name is Johanna Sundström, but you can call me Jojo or Jo. I'm 21 years old and come from Finland. I've always been the strange nerdy girl with kind of nerdy interests. I can still remember writing an English essay about Counter Strike and describing how I got a thrill out of pwning people there xD... Exactly the kind of thing that one should write about in essays... Buuuut we had a nice and understanding English teacher so she just judged me by my English and not by content and subject... Luckily for me.

Either way... When I got older I decided to give what I liked doing the most – gaming and drawing - a shot and enroll for a graphic design school. I got in and eumm... here I am! Chasing my dream.

How did you end up doing your internship at instant kingdom?

Already when I first saw that we had internships in our schedule I knew I wanted to do mine at a gaming company. I knew only a couple of major Finnish gaming companies so I decided to do some research and well... that's how I found Instant Kingdom and Driftmoon.

I chose them because what they were doing looked interesting and good. I really like RPGs and learning more about the process of making one, seemed like a perfect match.

How has it been this far?

One word: pure awesome... Oh wait that was two words

What are you drawing for Driftmoon?

I'm drawing character portraits that are going to be displayed when you talk to the characters ingame, a front view of topdown characters

Which of the characters you've drawn have you liked best so far?

I've liked all of them in different ways and drawing every character I've learned something new about both them and about drawing in Photoshop. Velvet the Panther Queen was the most revolutionary drawing for me tho. I hadn't drawn an animal for I don't know how long and then to draw an almost realistic one.. It seemed difficult but it turned out to be really fun

How have you liked playing Driftmoon?

It was nice and very different from everything else I've played! Driftmoon was fun, and not only fun in the playing-a-game-kinda-fun-way, but in itself too and that's quite a big contrast to most games nowadays. Games tend to take themselves so seriously and all have quite sad stories (I do like depressing stories too but happier ones are nice for a change xP). Even though Driftmoon has got a fun and humorous tone to it, it's just as intriguing and addicting as any other game, if not even more! The storyline and the characters just dragged me in and I had a really hard time tearing myself from it before it was over. In other words, I really liked playing Driftmoon.

Lets go back in time a little: When did you get into drawing?

I was pretty old when I started drawing for real. It was in junior high school (I was 13-something at that time) and we had an awesome and encouraging arts teacher. She made me want to draw and made me believe that what I did was truly as good as everyone else's. She also showed me that if I only practiced a bit I'd get better and better.

So during my time in junior high I drew. In every maths notebook, in every Finnish notebook in every.. yeah.. you get the point

Sometimes I drew my teachers or classmates, sometimes characters out of movies or TV-series and once in a while just abstract things and texts.

When I got to senior high I got more serious about drawing. At school we had different kind of art projects and I got myself a drawing pad and started using Photoshop for drawing. At first I found the pad very difficult to use but after having it hidden in a box for... half a year.. I thought I'd give it another try and it went much smoother.

And how about gaming?

I've been gaming ever since my family got the first computer when I was still in kindergarten. At first I played only simple (but not easy) strategy games like Slay and educational games like Magic School Bus. Then I started playing platform games, much thanks to having tried out our neighbor's Sonic game and finding that awesome.

After platform games it was back to strategy again with Settlers 3... That's pretty much the game I spent my whole childhood in front of. When I was done playing Settlers it was Star Wars all the way! Battle for Naboo, Jedi Knight - Jedi Academy, Battlefront 1 and 2, Knights of the Old Republic 1 and 2 etc. etc. I also started my online carrier with Battlefront 1 under the name of Anakin (imaginative, ey?).

From Battlefront I progressed onto Battlefield and Counter Strike. I also tried a bit of mmorpgs but somehow the people I played with always leveled 10 times faster than I did (even my MUM leveled past me!), so I stopped pretty quickly and turned to rpgs instead. There I could level in my own pace and my companions wouldn't level far ahead of me

Now a days I haven't got as much time for gaming as I would like to... but a good rpg is never wrong!

Favourite game of all time?

It has to be Star Wars Battlefront or Jedi Academy. They are far from perfect games in themselves but oh the memories of good old times, “epic” clan battles and clan mates!

I love dogs! We've got two small fluffy dogs in our family, Bertil and Sammy. I also like computers and technology in general and find that utterly fascinating. And then I ofc like spending time with my family and good friends! Annnnd traveling is never wrong either!

You're studying graphic design at the moment. What useful stuff have you learned in school?

When studying graphic design I've foremost learned to use Photoshop in a more efficient way. I've also learned to see things with different eyes. In graphic design a big part is about details and that makes me pay attention to those, but at the same time graphic design also focuses on the whole picture in order to create a special feeling, environment etc. And those are both things I can take with me into the world of creating things for games. I've also learned or well... I'm trying to learn how to “kill my darlings” (quoting my teacher)

It's so easy to get stuck in the same pattern and get nowhere.. sometimes one just has to rethink and start from a blank page again.

Johanna herself. (She doesn't appear anywhere in the game.)

I like drawing many different styles and I'd love to learn many more still and develop my own styles too. Right now I'm most into realistic drawing constantly searching for a method of making it go faster and studying every detail of a subject to make it look real.

My favorite drawing subject is definitely humans. Faces foremost and different emotions and relationships - chemistry. I'd love to learn how to draw animals and city environments though... that surely might come in handy someday.

Everything I see and experience in my own life. Other artist's artwork and tutorials. Good books, TV-series, movies and games. I can get my inspiration pretty much from everywhere

Sometimes it comes easier and sometime I have to force it.

You're here now, and doing a great job! ...But what do you want to do in the future?

One of my big dreams is to get to work in the gaming business, to be involved in the process either by doing concept art or 2D art. Or then 3D art! I am aiming to have learned at least the basics of 3D art when this year is done. Both to have more working opportunities and then because I find it very interesting. After this education I've also been thinking about studying gaming further and perhaps specializing in some area of the field either in Sweden or England.

It would also be awesome to help developing motion gaming and perhaps combining gaming with fitness training in another way. There is surely already Wii and Kinect etc. but it's still so limited. Somewhere in the future I want to see “portable” fps or rpg games that can be played pretty much anywhere with just a pair of glasses and some kind of controller.

Anything you'd want to add?

I'd like to thank Anne and Ville for giving me this opportunity! I had expected to check out the gaming business by spending a bit of time at a company, see how they work and then perhaps help out with small things, but doing something like this for a real game... it's awesome and gives me so much more! Thanks!