Starting this October we've been happy to work with Lauri Heikkinen, who has been doing his game design internship at Instant Kingdom, and will be with us for a couple of months more. Lauri's creative genius is directed toward making a heavily adventure-focused mod, called... What do you mean it doesn't have a name yet? I can't call it the Unnamed Blood Elf Mod, can I?

Tell us a bit about yourself!

Well, good day. My name is Lauri Heikkinen (22) from Northern Finland. I mostly waste my time by playing games on PC. 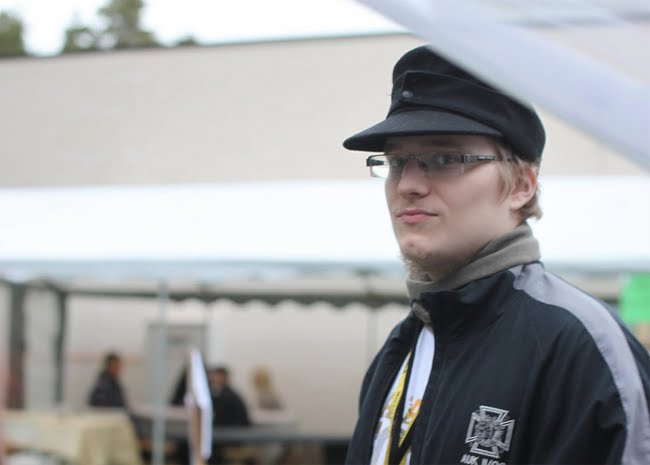 If you didn't guess it yet, the guy pictured above is in fact Lauri.

How did you end up doing your internship at Instant Kingdom?

Right at the beginning when the world was born... Nah. Actually when I started my second and last year in my vocational school we were suddenly informed that we have to get the internship for October. It was bit confusing that it was so soon since I already spent two months doing an internship in another place. Well this time I planned to go in game development since I've always dreamed about studying it (I have tried to get in Kajak for 4 times already). After snooping the Northern Finland by using Neogames' and IGDA's lists, I went to the south. I didn't want to go way too south even though there is most of the game industry in Finland (maybe since I want to be in the wilderness, not in a metropolis). When you guys sent me the answer, where you told me what I can do my eyes were caught by the "creating mod/mods with Driftmoon's editor" line. That line flourished my mind with my old game ideas. Even though I tried to check other possible internship places I finally ended up in here. =)

How has it gone so far?

Nicely. I have done and learned much with this game's editor. But the mod is not ready yet. ;D

What are you doing for Driftmoon?

If someone didn't get through my Engrish or had ADHD and didn't manage to read all that text up there: I'm making a mod. =)

Well... At first: it's going to be dialogue based. BUT, many of the lines have conditions to player's stats like, strength has aggression and imperative lines, agility is politeness (you need agility to bow down infront of your superiors) etc. But there will be some fights, so bloodthirsty players, do not worry. And for the second and the last, the plot: The apprentice of the royal advisor has a nightmare about his master, and after he wakes up, his master is nowhere to be found. Soon he hears that several princes were attempted to be poisoned. The Apprentice has to find his master to inform him what has happened so the master can in turn inform the king, since no one is allowed to see the king other than the advisor himself. 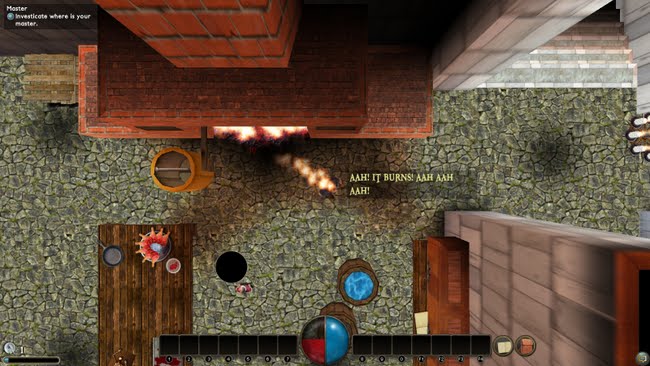 A sneak peek at Lauri's mod

Your mod takes place in a world inhabited by ”blood elves”. Can you tell us something about them?

This mod is going to be my first blood elf story. I have developed these "WoW-copies" since I was about 12 or 13. Actually at first they were copies of Vampire the Masquerade -vampires so my blood elves are more like "vampiric elves", they drink blood and they've got fangs, but they have no vampiric powers or weaknesses. Also for making them more gruesome (and faaaar away from WoW and Tolkien elfs), they have blood colored eyes (jellyed blood), they can't cut their hair since all of their magic goes there, they shorten their ears and for the last, they don't live forever and they have diseases. Oh yeah. They are that bad. The name is actually the only thing that is taken from WoW. So that "blood elf" is only used by humans. Normally these guys call themselves as "Viark" which is from their ancient language, meaning "a slave".

How have you liked playing Driftmoon?

I played beta/alpha-Driftmoon in 7 hours having all side quest done also. The demo got nice cliffhanger so I had to buy it to see how this will end and to support you guys :3 I've tried but I can't say anything bad about it since I can't find any and if I do i'd probably get spammed by the other gamers =D (Editor's note: We would have given the game to Lauri anyway, after it was confirmed that he'd do his internship at Instant Kingdom, but as it happened, he already went and bought the game!)

I use most of my freetime in gaming. Even though I've got quite a bad ass computer, I like to play old games more than new ones. I am one of those guys who prefers quality gameplay to fancy graphics. The most fun in games is when it changes it's normal gameplay from it's norms, like Lungfishopolis in Psychonauts (that was pure awesome!). Also I have found myself back again to boardgames. I have also made a game variant to Red November, called Perks!.

Favourite game of all time?

This is a pretty hard question to me since I have played lot's of good and excellent games. But since my favourites are adventure games, it will be the last of the golden age of adventure games. Yes, it is Grim Fandango.

History is my main interest. It is really interesting to see how our world has being built from our ancestors' decicions. I also like to watch reviews from ThatGuyWithTheGlasses, SpoonyOne and Cinemassacre.

I seem to repeat myself by talking about games once again. Well it is same if someone always talks about movies or comics. Well yeah, games are the main inspirations and influences in my life. Heh... even my blood elfs got their kick starter from the game called Vampire the Masquerade: Redemption.

What do you want to do in the future?

To get in game development school and from there to the game industry. Obviously...

Anything you'd want to add?

I have FURY! Nah... just to see how many will get that line. Well let's just say that I'll try to release this mod's alpha in December. I should get back to work then! 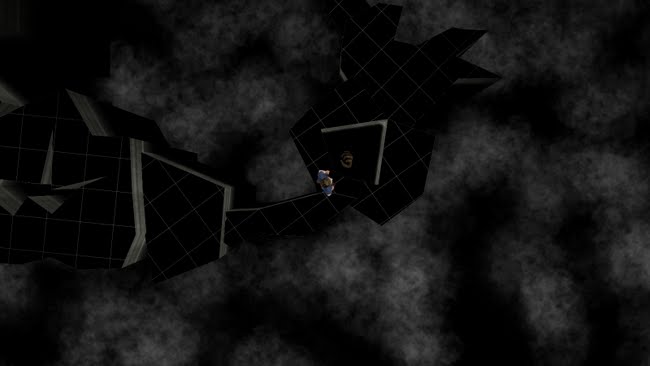 Thanks Lauri! It's certainly shaping up to be a great mod, and we'll be eager to see how it turns out.