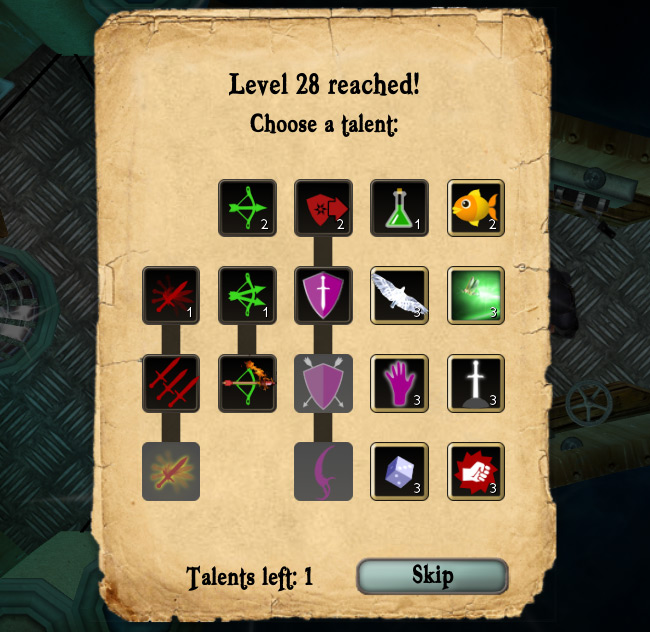 How is it that when you want to add just one archery skill, you get two? Playing a nearly purely archer character, I wanted to snipe my enemies before they could get a chance to get to me. Guess what? That wasn't possible, because the range of my archer just wasn't good enough. No problem, make a new skill for it! It's simply called Archery, and will increase your range, as well as your accuracy.

Secondly, I felt that while archery was cool by itself, it really lacked in the territory where the Whirlwind skill is good with melee weapons - crowd control. No problem, make a new skill for it: The Moon Rocket! It fires an explosive arrow that gives a very satisfying boom, and your problems are gone! Naturally you have to be a bit careful with it, you can easily hit yourself if your target gets too close, or if you accidentally hit a wall. Which is to say, playing an archer is now a lot more fun.