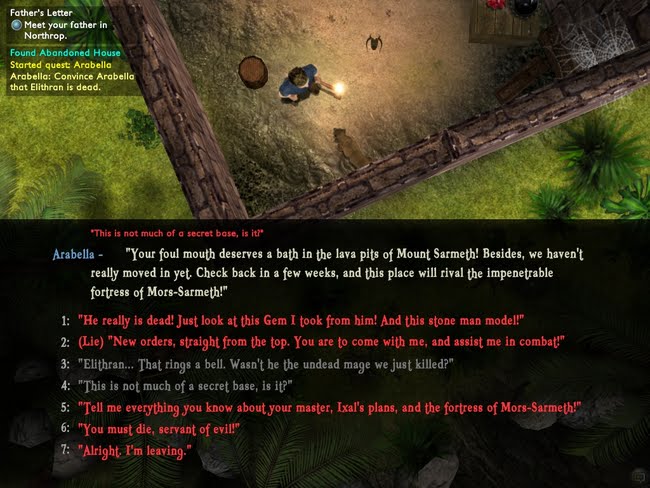 In response to some of the feedback we've got from the previous version, we present a few small updates! The most notable change is the text size slider, which allows playing on larger resolutions, and on the couch, and even if you just couldn't see the tiny fonts before. We've turned Arabella into a fully matured quest to find her a new master. We also decided to turn off the ability to see hidden enemies by hovering the mouse over them - it's much more exiting to not know exactly what lies in that dark room up ahead.

Ps. If you haven't preordered yet, this is a great time to support the development of a unique indie roleplaying game! If you'd rather wait until Driftmoon is ready, you can sign up to be notified when the game is released.