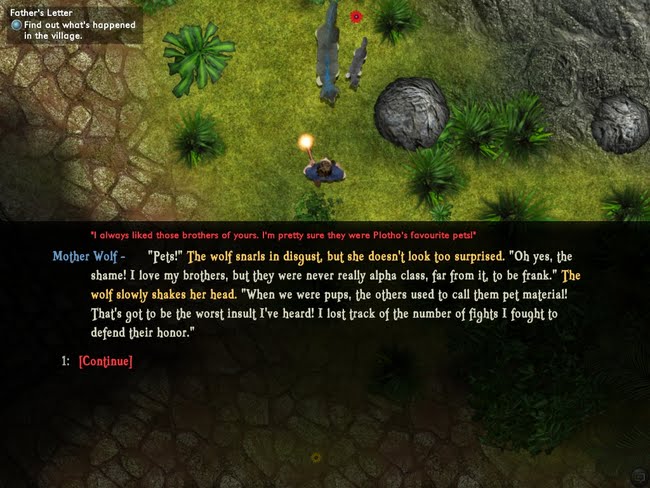 In memory of my old canine friend, we've added Belinda the Wolf Mother to Northrop. Be kind to her. Another highlight from the new version is that you can now configure the keys used in the game. Using the keyboard is of course optional in Driftmoon, you can fully play Driftmoon with just your mouse hand (and I know of a few Driftmoon players who actually don't have the use of both hands). But this might help you if you're used to having the inventory open with the caps lock for instance.

Also we've tackled a few cheaters who have been escaping to other maps and even to the world map to escape fights. Others have been fooling our poor shopkeepers by buying cheap ingredients, then using the blueprints to make new items which can be sold back at a profit! Actually I find that highly amusing, but the item prices have been tuned all the same. Driftmoon is not a trade simulator!

Update: It looks like I was a bit overzealous in reducing the download size, and most of items in containers got lost. I've just released a quick update, fixing this.